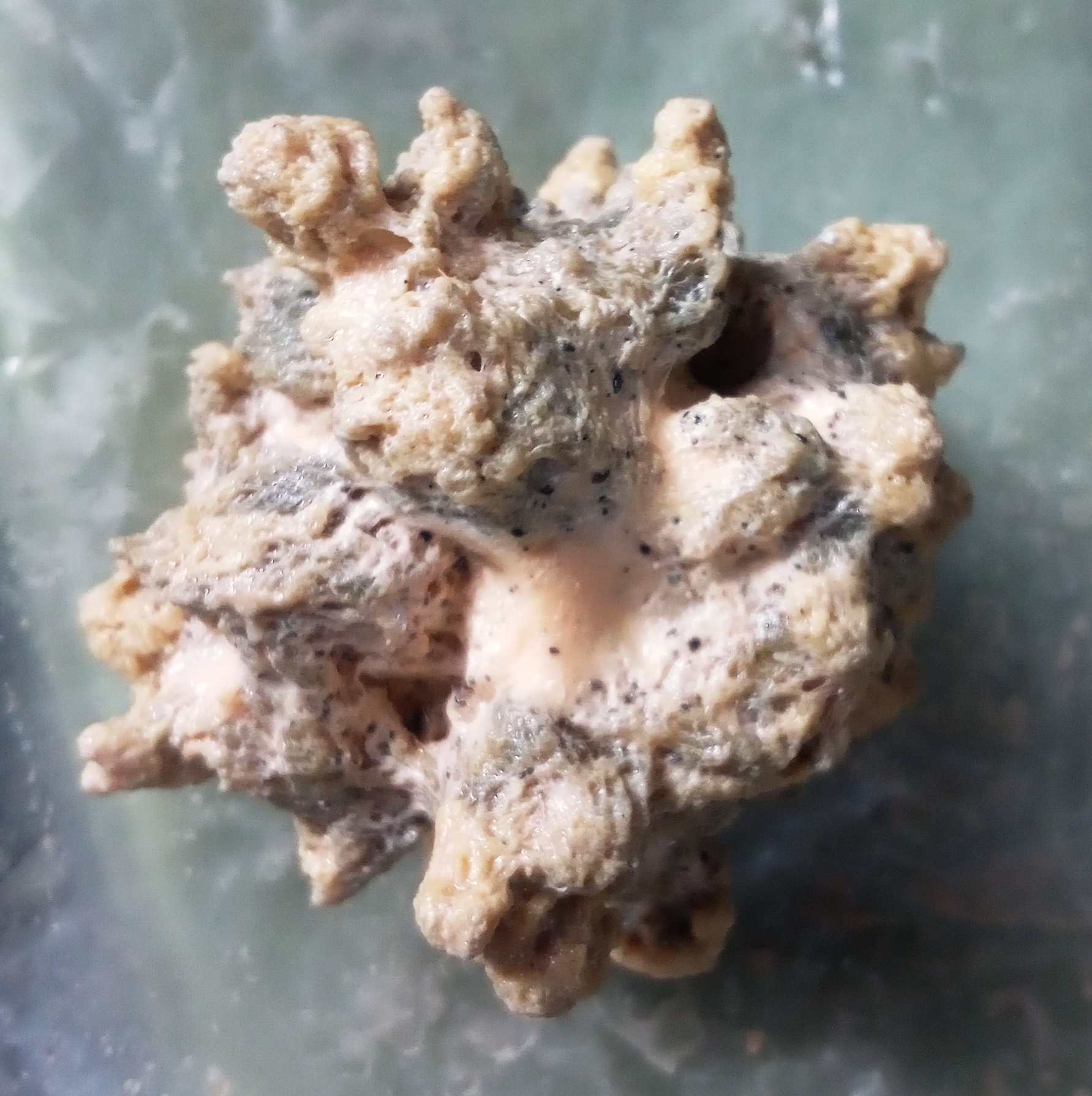 Meet Stanimal. I didn’t name it. Todd from Cal Coast Bicycles in San Diego did. The story goes like this: I dropped my Pugsley off for its annual free tune-up. Todd heard something going on that didn’t sound right. I knew the sound he was talking about, but didn’t alert him to it.

I go back to pick up the Pug and Todd comes out with a bag containing the biggest Stan’s booger you’ve ever seen. He said, it’s not a booger, it’s a Stanimal. We had some laughs, noting that it has not only Stan’s in there, but also some Orange Seal.

Big fat tires with lots of goop that aren’t cleaned up (yeah, I know, but anyway) creates Stanimals.

Todd was nice enough to unseat the bead, pour a bunch of new sealant in the tires, and then reseat the beads, etc. I thanked him with a 6-pack…tip your bike mechanic!