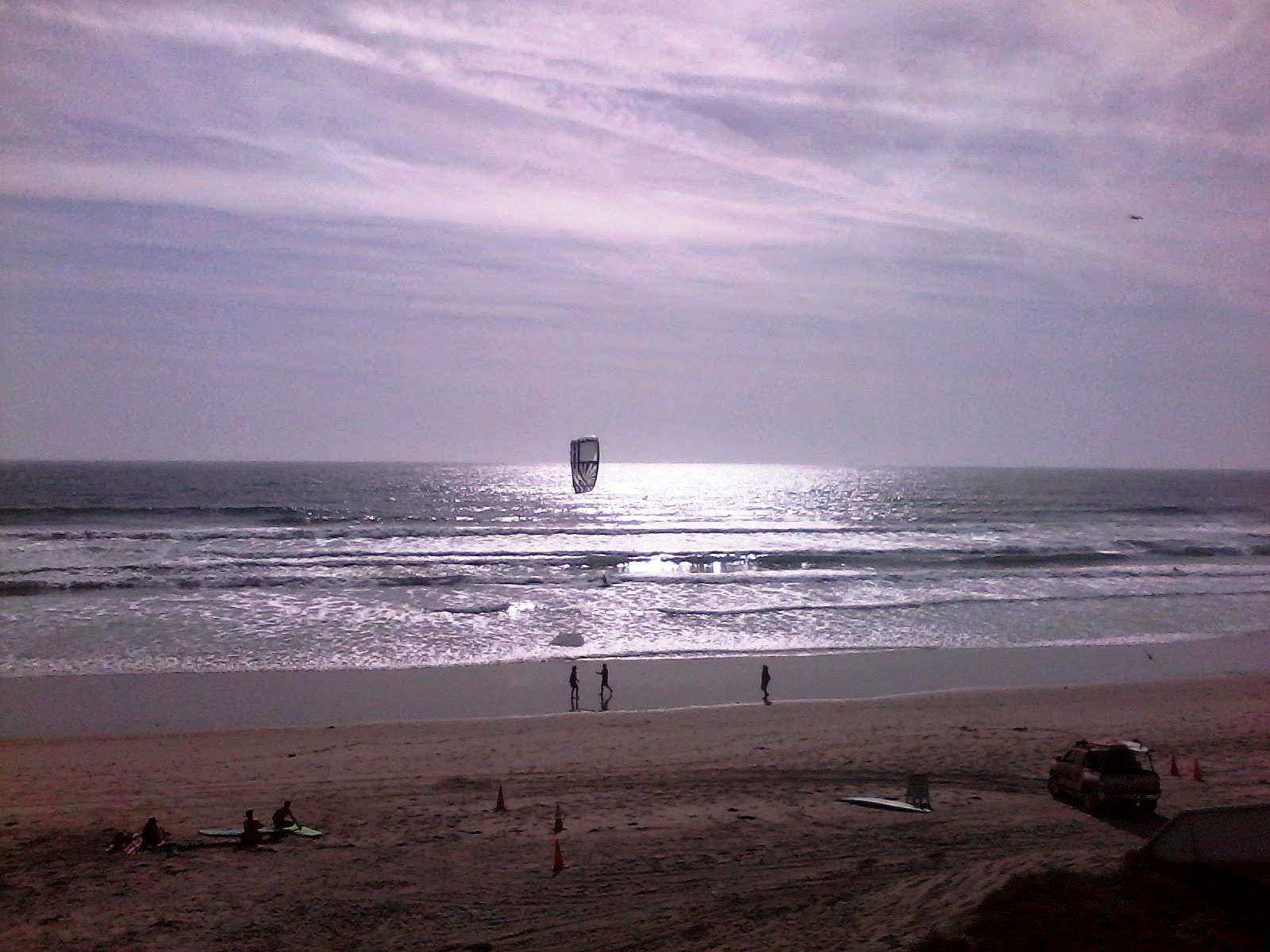 At the top of Pacific Beach, up by Tourmaline/Old Man’s, if the winds are kicking up, the kite surfers are aplenty.  Plop down in the sand, or stand up above on the walkway, and let time slide by while watching the spectacle.

I stopped in at Oscar’s for a pulpo taco afterwards.  Sitting there, I thought, as I have numerous times:  It isn’t lost on me that I am one of the lucky ones.  Sure, I’ve made some choices along the way, etc.

I’ve seen the unlucky,  e.g. the people who drew a bad geographic card (so to speak) in the “birth lottery.”  I know, don’t look at it that way.  That’s easy to say, though, if you haven’t looked around and seen the hardship faced by millions on this planet, and then when you’re there, working with them and doing what you think is a good thing, they tell you with their eyes:  you really are one of the lucky ones.

I’d rather have seen that look, stand and watch kite surfers, and think that life for many people is unfair, clearly, than to never have such a thought.