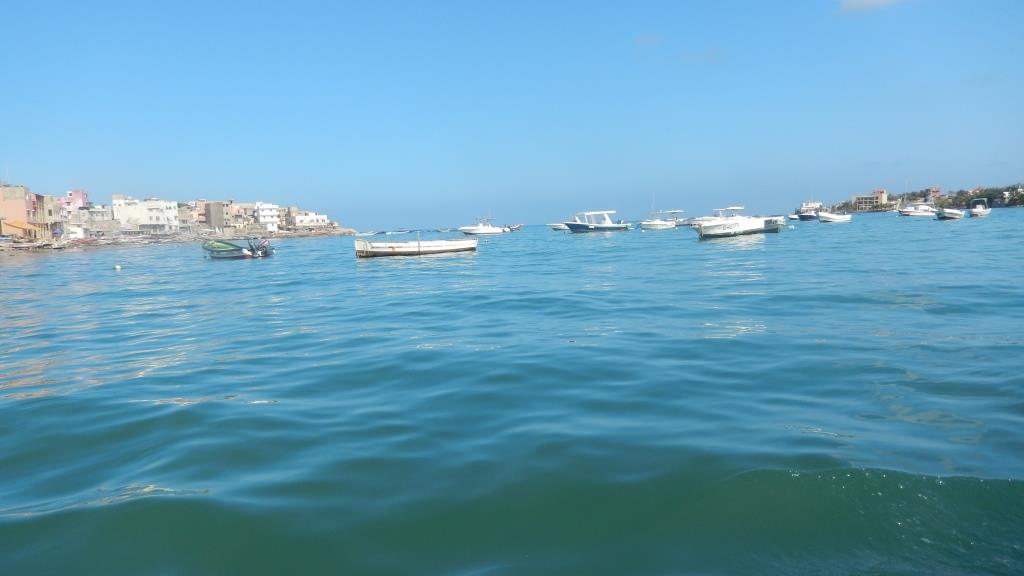 I hopped in a taxi, asking the driver to take me to Plage de Ngor.  We pushed our way through the busy morning traffic of Dakar’s Plateau district before cruising up along the western edge of the city on the four lane highway.  The Atlantic Ocean was in the near distance out the window to the left.  Rocky, craggy coast line with a few fishers’ boats dotting the blue water was the vista.

Back into tighter traffic, we went, away from the water and on up to the north coast.  At Plage de Ngor, I paid the fee, opened the car door, and was immediately met by a boat driver.  “Follow me,” he said, guaranteeing that I would be on Ngor Island within ten minutes.   At the water’s edge, I climbed into a wooden boat.  Maybe five minutes later, I got out of the boat on the other side of the bay, handed over some CFAs, and coordinated a pick-up time to return.