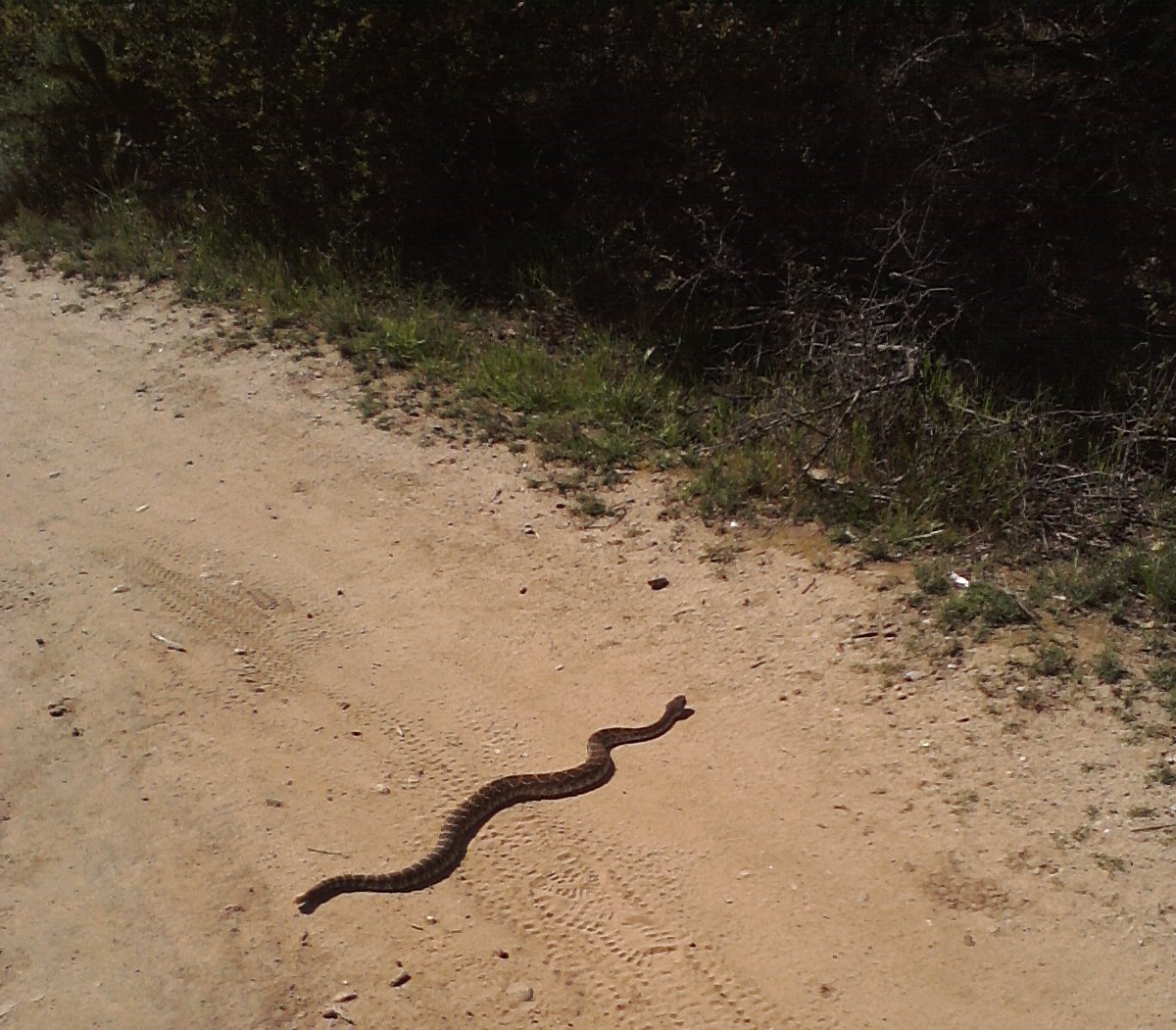 I look forward to the first snake sighting of the season.  This year, it was a beautiful rattler laying across the trail at Penasquitos Canyon.

After saying hello and asking how s/he was doing, I started to walk behind in an attempt to get by.  Nope.  S/he coiled up, and I backed away to where I was.  A few more words expressing how nice it was to have this encounter, and then s/he turned the opposite way and slid into the greenery, but not before giving a hearty rattle of the tail before disappearing.

I continued on, happy to have seen the rattlesnake.  Up by the waterfall, it was flowing with more water than I’ve ever seen.  Here are two photos taken with my “ancient” mobile “dumb” phone:

A nice little outing on the 32×17 bike, was had, until the hikers with ear buds in both ears were happened upon.  Hellos and On Your Lefts went unheard on the single track.  Eventually, it opened up and there was room to pass.  I did.  Doing so spooked them.  Oh well.